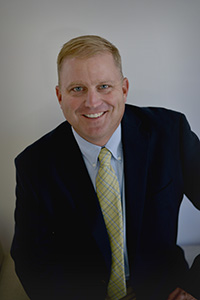 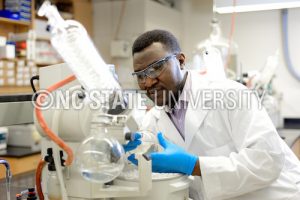 About: Khalied oversees residue analyses in Dr. Gannon’s Laboratory. Prior to this he was an agriculture research chemist with the Environmental and Consumer Safety group at BASF Corporation. His previous professional experience includes research assistant at the Department of Molecular & Structural Biochemistry, NC State University. Khalied holds Science degrees in Chemistry and Biochemistry from NC State University. He joined Dr. Gannon’s Group in October, 2012. When not in the lab, he loves being around his wife and son, and when weather permits he enjoys playing soccer. 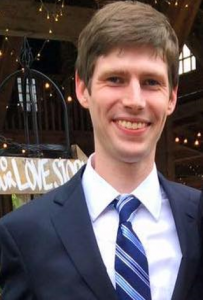 About: Tripp graduated from NC State in 2019 with a BS degree in Agricultural Science. Tripp is now working towards his MS degree in Crop Science. His research focuses on non-target site resistance mechanisms of annual bluegrass (Poa annua). When not in the field or lab Tripp enjoys camping, cooking and hiking. 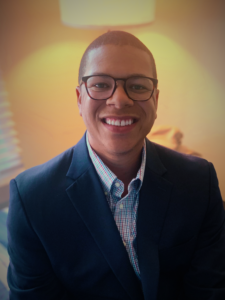 About: Mathieu holds undergraduate degrees in Psychology from UNC – Chapel Hill and Turfgrass Management from NCSU.  After several years as a golf course superintendent in the Williamsburg, VA area, Mathieu is working towards a MS in Crop Science.  His research focuses on herbicide resistance in annual bluegrass and lateral movement of herbicides in saturated soils.  When not in the field or lab Mathieu enjoys golfing, camping, or any outdoor activity that can be shared with his wife, son, and dog, Jethro. 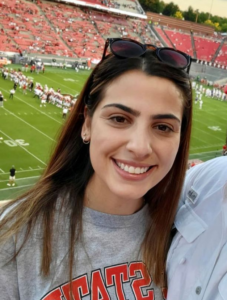 About: Estefania received a degree in Agricultural Engineering from the University of Sao Paulo (USP) in 2017. In 2018, she joined the Pesticide Application Technology Laboratory (Pat LAB) at the University of Nebraska-Lincoln where she earned her MS degree in Weed Science. Her thesis was focused on the influence of adjuvants on physical-chemical properties, droplet size, and efficacy of glufosinate, glyphosate, and dicamba. Currently, she is pursuing her Ph.D. under the supervision of Dr. Travis Gannon. Her research is focused on optimizing pesticide applications along North Carolina roadsides by investigating herbicide vapor and particle drift and their effect on corn, cotton, tobacco, and soybean crops.

Raleigh, NC 27695-7620About: DJ, originally from Darlington, SC, graduated from Clemson University in spring of 2012, with a BS degree in Turfgrass Management. Before making his way up to NC, he spent his summer working at Clemson Extension with Dr. Bruce Martin doing fungicide and nematode research. He decided to come to NC State and work with Dr. Travis Gannon on arsenic movement from MSMA and various fertilizers. During the fall months, you can find him watching his Tigers play or enjoying the outdoors with his wife and dog. Other activities he enjoys are hiking, biking, rugby, and golf. 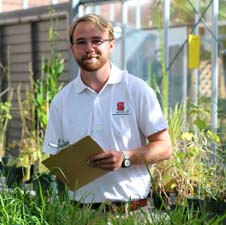 About: After receiving a BS degree in Turfgrass Management from NCSU in 2009, Matt pursued a MS degree at NCSU evaluating novel herbicide efficacy in turfgrass systems. Following the completion of this degree in 2012, he began a PhD project under the direction of Drs. Travis Gannon and Fred Yelverton studying pesticide transport processes in turfgrass systems. 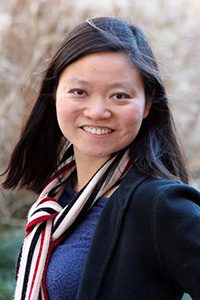 About: “Lottie” Ling Ou, a PhD student who joined the group in spring 2014, completed her MS degree in Crop, Soil, and Environmental Sciences in Auburn University. Her thesis topic was on soil organic carbon methods and carbon sequestration and footprint of crawfish ponds in Louisiana. Her PhD project includes three chapters: (1) Arsenic kinetics of MSMA; (2) Sorption and organic matter of pesticides in different systems; (3) Meta-analysis on atrazine sorption. She loves research and study. She swims, dances, runs, and does yoga; she also like to sing, read, write, cook, and travel in her spare time. She loves to help people stay healthy and happy. 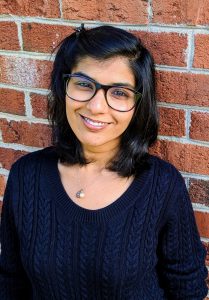 About: Shwetha completed her M.Sc. degree in Environmental Science from the University of Mysore, India in 2013. Her thesis was on the removal of a metal complex from an aqueous medium, such as industrial effluent, using pistachio shell as an adsorbent as a means for waste management. With a background in environmental chemistry, she is currently pursuing her PhD under the guidance of Dr. Travis Gannon, Dr. Anna Locke and Dr. Wes Everman. Her project is related to herbicide carryover effects on soybean crop in North Carolina and it allows her to explore her interests in pesticide persistence and plant responses to environmental pesticide concentrations. 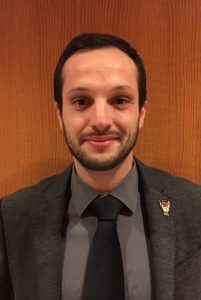 About: Patrick graduated from NCSU in 2015 with a BS degree in Turfgrass Science and immediately began pursuing a MS degree evaluating pesticide fate processes in turfgrass systems. Following the completion of this degree in 2017, he started a PhD project investigating off-target herbicide transport processes in agronomic production systems under the direction of Drs. Travis Gannon and Matthew Vann. When he is not working in the field or lab he loves watching college football and enjoying the outdoors. 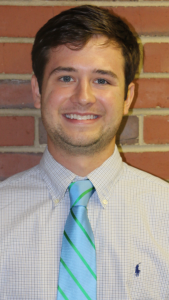 About: Daniel is a native to the Raleigh, NC area, where he completed his undergraduate degree in 2017 in Turfgrass Sciences at NCSU. After working as an undergraduate research assistant, Daniel is now working towards his MS degree, co-majoring in Crop Science and Plant Pathology. His research is focused on fungicide efficacy and environmental fate in turfgrass systems, under the direction of Drs. Travis Gannon and Jim Kerns. 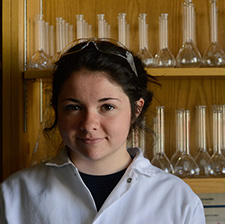 About: Alayne graduated from NC State in May 2017 with a BS degree in biology.  She has been assisting with team projects in the lab and field since May 2014 and has decided to continue her education with Dr. Gannon’s group to pursue a MS degree. Her graduate project focuses on plants’ ability to phytoremediate commonly used pesticides to reduce the possibility of off-target contamination in urban settings. When she is not in the lab or field, you can find Alayne on the rugby field or playing with her two pets. 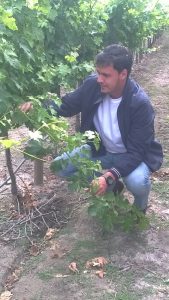 About: Matheus Ferreira Franca Teixeira is a Brazilian PhD student at the Universidade Federal de Viçosa, Brazil. He joined Dr. Travis Gannon’s group in the spring of 2018 to complete his research involving the dynamics of the indaziflam herbicide in soils. He is interested in knowing the processes of sorption, desorption, leaching, persistence and weed control, he has been working in this area since finishing his degree in agronomy. He loves to research and study, in spare moments he participates in volunteer work helping other people. 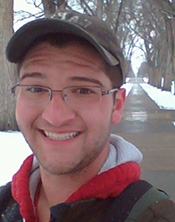 About: James “Kimo” Peddy received his Bachelor’s of Science in Horticulture at NC State University 2014. He started working for the Gannon lab in 2014 before coming onto the team as a graduate student. His MS degree research pertains to how volumetric water content and organic matter content in soils can affect pesticide efficacy. When he is not busy he enjoys hiking, training service animals, and collecting and cultivating rare and exotic plants. 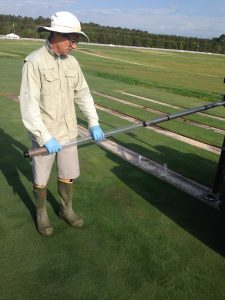 About: Scott conducts field and greenhouse research pertaining to herbicide and nutrient fate and movement for Dr. Gannon’s program.  Scott has been a research technician in the NCSU Crop and Soil Science Department since 2007.  He conducted research in turf management before joining Dr. Gannon’s group in 2016. 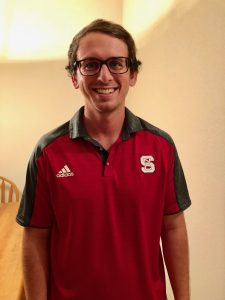 About: Zach is from Williamston, NC, he graduated from NCSU in 2017 with a BS degree in Agribusiness Management. Zach began his research technician position with Dr. Gannon’s group during the summer of 2018. When he is not working, he enjoys disc golf, soccer, playing with his yellow lab and of course, watching the Wolfpack play.